From the blog of David Perlmutter MD:

“According to the CDC, 1 in 12 children in America suffers from asthma. That translates to approximately 6 million children. To be clear, asthma is a serious problem not only because asthmatic attacks can be life-threatening, but in the long-term, asthma has been associated with permanent lung damage.

Treatment of asthma in children typically involves inhalers of one sort or another. There are inhaled steroid medications that help to prevent asthma attacks, and so-called “rescue inhalers” that are utilized when the quick relief of symptoms is required.

But, as so often is the focus of my blogs, I think it’s important to first ask questions related to what may be causing a particular problem, in this case asthma, as opposed to simply focusing on treatments. In other words, how might the idea of preventive medicine factor into this discussion?

And while there are many things to consider, it’s the relationship to antibiotics that is particularly interesting, because it opens the door to considering how changes in the microbiome may be playing a role in increasing asthma risk. It’s reasonable to consider this mechanism since we know that the microbiome plays a fundamental role in immune reactivity, a central mechanism in asthma.

And that brings us to an interesting new study. Researchers in Finland recently evaluated the bacteria found within 400 homes. They were able to identify certain groups of bacteria, typically found in soil, that ultimately were shown to be associated with reduced asthma risk.

In other words, more of the “outside bacteria” found inside the home strongly correlated with reduced risk for this disease. It is interesting and likely very helpful that the study was performed in Finland in that Finnish people spend 90% of their time indoors, thus limiting their exposure to the microbiota of the natural world.

We could explore nature with children more often and play in the nature instead of urban playgrounds covered with rubber. With regard to microbial exposure, it is important to have contact with nature in our everyday lives.

Well said. We know that exposure to nature provides a variety of important benefits including lowering stress, and lowering inflammation as well. As this study revealed, there may very well be benefits to exposing ourselves to the microorganisms that stand ready to balance our immune systems if only we were to get outside more, or in these times, open the windows.”

Play outside, get in the dirt, get fresh air, Breathe easier!!!

I love Bats and this is not their fault!!!

I also think that this 1 person is NOT to blame for what OTHERS funded and supported in this horrible research.

SIGN THE PETITION: Stop the Genetic Engineering of Viruses! Shut Down All Biowarfare Labs Now!

Shi Zhengli is a virus hunter and microbiologist, and director of the Center for Emerging Infectious Diseases at the Chinese Academy of Sciences’ Wuhan Institute of Virology.

She also plays a central role in a whodunnit that may ultimately prove impossible to solve.

Since the Biological Weapons Convention took effect, what scientists like Shi do has been called “gain-of-function” research or “dual-use research of concern” (DURC).

In other words, Shi, and other scientists like her, are in the business of weaponizing viruses by genetically engineering or otherwise altering them to make them more lethal, and more easily transmitted, to humans.

Did Shi have a hand in creating the SARS-CoV-2 virus causing the current COVID-19 pandemic? The National Institutes of Health is investigating. But that doesn’t necessarily mean we’ll ever learn the full truth.”

Visit our Gain-of-Function Hall of Shame

SIGN THE PETITION: Stop the Genetic Engineering of Viruses! Shut Down All Biowarfare Labs Now!

“How the Government Uses Fear to Control”

“You have something to fear and we can protect you’ has been the mantra of totalitarian nations through the years to make citizens comply. Today, the technology exists to track, trace, control and manipulate individuals in their own homes, tremendously raising the stakes.”

The answer is NOT to wait for questionable vaccine:

Hidden Risks of the COVID-19 Vaccine

Take care of your health now! Drink plenty of clean water. Avoid sugar and processed food. Eat whole organic foods- NO gmo foods at all! Get out and exercise in fresh air-walk wherever and whenever you can. Connect with family and friends. Watch much less news! Check out Mercola.com, GreenMedInfo.com, drpompa.com- including info on ditching antibacterial soaps

More to come, take good care of yourself and all around you

What happens? WE are living it. Our health depends on ending it.

Straight from Mercola at Mercola.com

“What Happens When Billionaires ‘Buy’ the News? When you hold the purse strings, you can control the narrative of what’s printed and, of course, avoid negative reviews. That’s exactly what’s happening now with this billionaire ‘philanthropist’ and some of the top media companies, like BBC, NBC, PBS NewsHour and many more.”

What Happens When Billionaires ‘Buy’ the News?

Together we heal ourselves, each other, our planet- all the same vital force. REMEMBER, you are a spark of the DIVINE, WAKE UP REMEMBER

Why Aren’t We Promoting How to Get Healthy?

From Mercola with Bill Maher,

…”Facing reality head-on is the best way forward, and that means your best bet is to get yourself into good shape through diet and exercise. You simply cannot hide from this virus, for the simple reason that you cannot stop breathing.“

Wake up, vaccine is another planned disaster in the making..

“In addition to not necessarily removing the “need” for masks and social distancing mandates in the future, the novel mRNA vaccines being developed against COVID-19 may also be an autoimmune disorder disaster in the making, as explained in “The Well-Known Hazards of Coronavirus Vaccines” and “Gates Tries to Justify Side Effects of Fast-Tracked Vaccine.”

“They’re telling you to wear a mask, focusing almost exclusively on the necessity of a vaccine, and completely ignoring the fact this plays in the COVID-19 pandemic – despite the fact that it can make your risk of landing in an ICU from COVID soar by 5 times.”

Let’s work together to change for the better. Let’s stand together face to face- so we can SEE OUR FACES!

Freedom of Speech- IT IS ABOUT YOU and YOUR HEALTH

Speak up now or forever lose your voice

If there is nothing to hide, why the censorship?

With COVID-19 vaccine mania gripping the nation, numerous vaccine makers are vying to be first to market. While even pro-vaccine advocate Bill Gates warns about a fast-tracked COVID-19 vaccine, widespread harm may not be the biggest risk from mass vaccination.”

Whether you agree or disagree, wasn’t it nice when we had CHOICE?

Love this song. Found this version made in 2016, speaks to All We Do now. 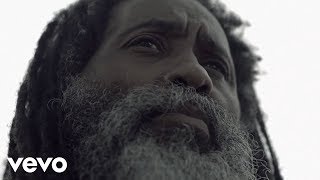 Oh Wonder – All We Do

FREEDOM: Where have all the REBELS Gone?

Poisoning the Planet- why is Roundup still around? Roundup-POISONING EVERYTHING- yep includes YOU!!!